Pinching Plants: How to Pinch a Plant for Better Growth 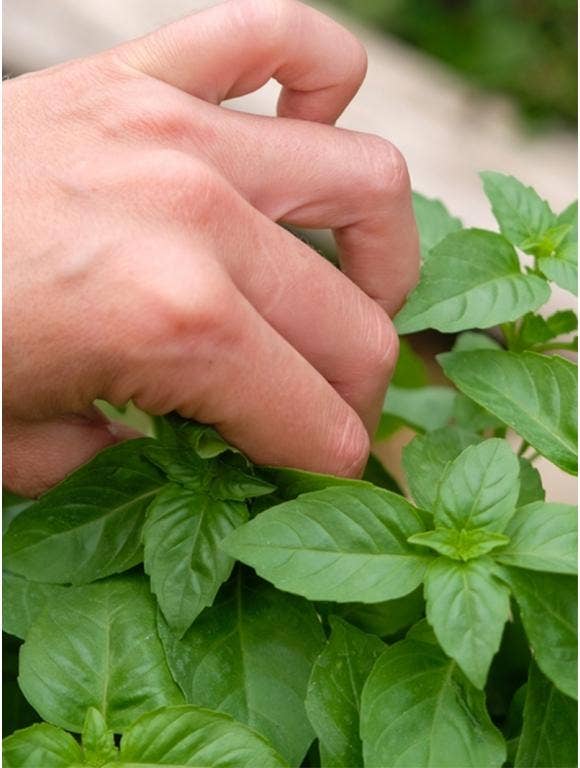 Pinching plants is a surefire way to achieve fuller, lusher plants without a lot of effort by simply removing the top portion. But if the thought of deliberately removing stems from your beloved plants sounds scary, we've got your back. Successful plant-pinching all comes down to timing and technique. Here's how to pinch a plant and why it could be the perfect way to take your plants from basic to beautiful.

What Is Plant Pinching?

Pinching plants is the act of removing the end of a plant just above a node (or bulge) on the stem where the leaves are attached. You remove the end set of leaves or buds and, in response, the plant sends out two new branches (also known as lateral stems), which results in more leaves and flowers. While pinching isn't absolutely essential, it's a next-level gardening trick that can help many plants perform better.

Plants You Should Pinch

Certain plants benefit from pinching more than others. Here are a few to prioritize.

Late-season flowering perennials, such as:

Flowering annuals, such as:

Many common herbs, such as:

In general, resist the urge to pinch plants with one flower per stem or low-to-the-ground leaves. If you pinch these plants, you could inadvertently remove the only flowers they'll produce for the year.

How to Pinch a Plant

The only tools you need to pinch a plant are your thumb and forefinger. Simply grab on at the end of a node, push your fingernails in and give a gentle tug. For bigger jobs, you can use a pair of scissors or handheld shears.

When to Pinch Plants

When to pinch depends on the type of plant. As a general rule, most pinchable plants benefit from one or two good sessions per growing season.

Pinch back fall-blooming perennials, such as asters and chrysanthemums, every several weeks, but stop by the 4th of July so they have enough time to produce their signature autumn colors. The University of Nebraska Extension recommends pinching flowering annuals when they reach 12 to 18 inches tall and start to look a bit leggy — most likely sometime in June through August. Prioritize pinching herbs earlier in the growing season to set yourself up for a bigger harvest down the road (and as a bonus, you can top your pizza with whatever you pull off).

Gardeners pinch plants primarily to encourage a fuller growth habit and more flowers. You can also use pinching as a method to stagger and extend your plants' bloom time. By pinching back a third to a half of your stems, they'll bloom later than those left unpinched. Instead of one big burst of color, you'll have waves several weeks apart. It's also a great way to even out your plant if one spot had a growth spurt and now looks uneven.

Other Ways to Cut Back Your Plants

In addition to pinching, you can use other methods to cut back plants. While the techniques differ, they're all ways to help plants achieve a desired look and shape.

It's understandable that it can be challenging to bring yourself to pinch back the stems you worked so hard to grow. But you'll experience the payoff in the form of fuller, lusher plants in just a few weeks.

Pruning is another method of cutting back that keeps your garden healthy. Learn more at Burpee about how to prune shrubs.