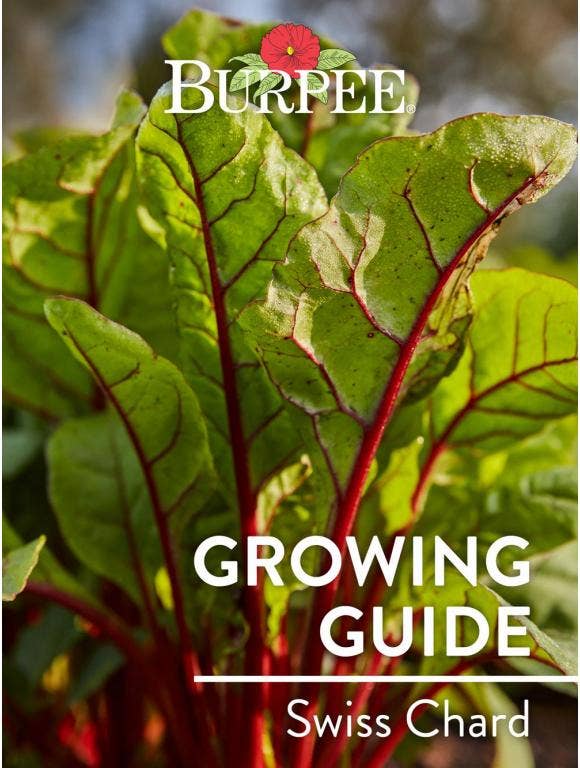 Basal Rot: This fungus invades through the roots and can infect the base of the petioles. It is more prevalent in warm, moist soils. Burpee Recommends: Avoid overwatering in warm months and provide good drainage. Contact your Cooperative Extension Service for recommendations.

Cercospora Leaf Blight: Small flecks which develop a yellowish halo appear on the leaves and turn brown and coalesce. They cause the leaves to wither and die. Burpee Recommends: Remove infected plants and destroy all plant debris. Rotate crops.

Curlytop: This is a virus disease that is characterized by yellowing, stunting and eventual death of plants. It is spread by leafhoppers. Burpee Recommends: Control the leafhoppers which spread the disease and remove and destroy infected plants.

Downy Mildew: This fungus causes whitish grey patches on the undersides and eventually both sides of the leaves. Burpee Recommends: Rotate crops with plants in a different family. Avoid overhead watering. Provide adequate air circulation, do not overcrowd plants. Do not work around plants when they are wet.

Aphids: Greenish, red, black or peach colored sucking insects can spread disease as they feed on the undersides of leaves. They leave a sticky residue on foliage that attracts ants. Burpee Recommends: Introduce or attract natural predators into your garden such as lady beetles and wasps which feed on aphids. You can also wash them off with a strong spray, or use an insecticidal soap.

Leafminers: These insects bore just under the leaf surface causing irregular serpentine lines. The larvae are yellow cylindrical maggots and the adults are small black and yellow flies. They do not usually kill plants, but disfigure the foliage. Burpee Recommends: Remove affected foliage. Sanitation is important so be sure to remove all debris at the end of the season.

Lygus Bugs (Tarnished Plant Bug): Lygus bugs are ¼ inch long and are green or brown with yellow markings. Nymphs are flightless and smaller than the adults. They suck on stem tips and flower buds and inject a toxic that deforms roots and stems.  Burpee Recommends: Because lygus bugs over winter in garden debris, remove all debris after the first frost. Contact your Cooperative Extension Service for insecticide recommendations.

Can I grow Swiss chard in containers? Yes, shorter varieties are fine for containers. Be sure to use a commercial potting mix rather than garden soil.

What part of the Swiss chard plant do we eat? We eat the leaves and stems, raw or cooked.

Can I start Swiss chard early indoors? We recommend sowing directly in the garden as Swiss chard grows quickly, but you can start indoors 6-8 weeks early if you wish.

Is Swiss chard a perennial? Swiss chard is a biennial and can tolerate cold temperatures. If you have a warm spell in winter you may be able to harvest some leaves. If it survives the winter you can harvest in spring until it produces a flower stalk.