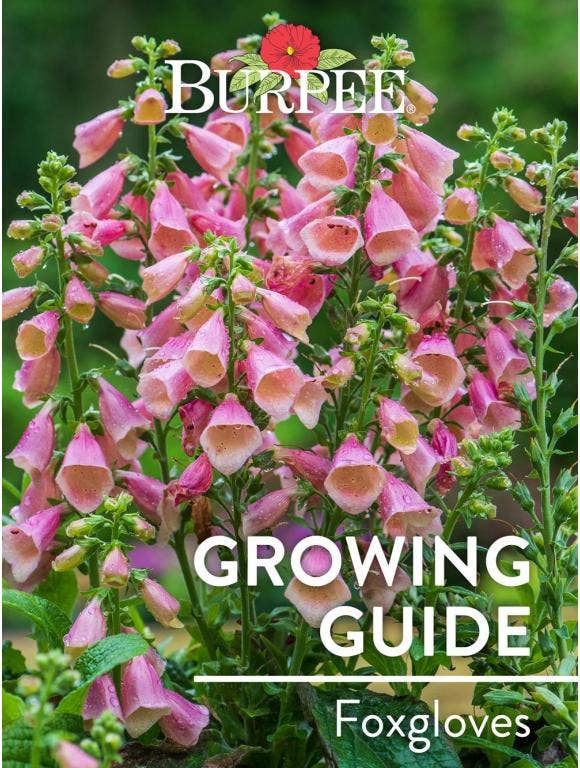 How to Sow and Plant

Foxglove may be grown from seed sown early indoors and transplanted outside after frost, or sown directly in the garden in summer, or planted as a potted plant.

Sowing Directly in the Garden:

Anthracnose: This is a fungus disease causes brown spots with purple edges on the leaves. The spots turn black in the center, leaves become yellow, dry and fall off. The fungus overwinters in diseased plant debris. Burpee Recommends: Avoid overhead watering which can spread the fungus spores. Keep a clean garden, remove and discard all diseased plant material. Use a mulch to prevent spores from splashing from the soil onto plants.

Crown Rot: This attacks plants at the base, turning them brown and spongy. White fungal spores may develop at the base of the plant. The crown deteriorates, leaves turn yellow and wilt. Burpee Recommends: Ensure that plants have good drainage and are not overcrowded. Remove infected plants.

Verticillium wilt: This soil borne fungus causes wilting of the leaves and stems on several branches. Leaf margins cup upward, leaves turn yellow and drop off. It enters through the roots, migrating up the stem and plugging a plant's transport vessels. It is transmitted in the soil. It can also be spread by water and tools. Burpee Recommends: Remove plants and do not plant in the area for several years.

Japanese Beetles: Burpee Recommends: Hand pick early in the morning into a bucket of soapy water.

Mealybugs: Mealybugs are 1/8 to ¼ inch long flat wingless insects that secrete a white powder that forms a waxy shell that protects them. They form cottony looking masses on stems, branches and leaves. They suck the juices from leaves and stems and cause weak growth. They also attract ants with the honeydew they excrete, and the honeydew can grow a black sooty mold on it as well. Burpee Recommends: Wash affected plant parts and try to rub the bugs off. They may also be controlled by predator insects such as lacewings, ladybugs and parasitic wasps. Check with your Cooperative Extension Service for pesticide recommendations.

Is foxglove toxic to people and pets? Yes, foxglove is toxic when eaten.

Does foxglove seed itself? Yes, foxglove is a biennial and tends to sow itself after flowering. You can move the rosettes to wherever you want them in your garden and they should bloom the following year.

Why didn’t my foxglove bloom from seed? Most foxglove will not bloom the first year from seed, but it should bloom the second year. Some varieties will bloom if they are sown early indoors.

Can I grow foxgloves in a container? These are fairly large plants and we do not recommend them for containers.

Are foxgloves deer resistant? Yes they are because they are toxic.