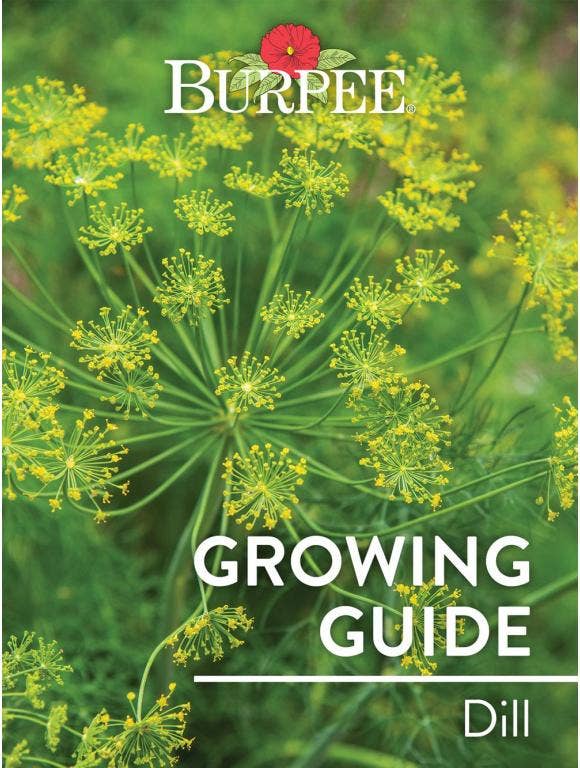 Planting Potted Plants in the Garden:

Cercospora Leaf Blight: Small flecks which develop a yellowish halo appear on the leaves and turn brown and coalesce. They cause the leaves to wither and die. Burpee Recommends: Remove infected plants and destroy all plant debris. Rotate crops.

Damping Off: This is one of the most common problems when starting plants from seed. The seedling emerges and appears healthy; then it suddenly wilts and dies for no obvious reason. Damping off is caused by a fungus that is active when there is abundant moisture and soils and air temperatures are above 68 degrees F. Typically, this indicates that the soil is too wet or contains high amounts of nitrogen fertilizer. Burpee Recommends: Keep seedlings moist but do not overwater; avoid over-fertilizing your seedlings; thin out seedlings to avoid overcrowding; make sure the plants are getting good air circulation; if you plant in containers, thoroughly wash them in soapy water & rinse in a ten per cent bleach solution after use.

Downy Mildew: This fungus causes yellow spots on the upper surface of the leaves, and whitish gray patches on the undersides and eventually both sides of the leaves. Burpee Recommends: Rotate crops with plants in a different family. Avoid overhead watering. Provide adequate air circulation, do not overcrowd plants. Do not work around plants when they are wet.

Powdery Mildew: This is a fungus disease that causes a white powdery look on the foliage. This disease weakens plants as it inhibits their ability to make carbohydrates for themselves using sunlight. Burpee Recommends: You can remove infected plant areas, increase air circulation, and try to reduce the humidity in the room. Check with your Cooperative Extension Service for fungicide recommendations.

Root Knot Nematodes: Microscopic worm-like pests that cause swellings (galls) to form on roots. Plants may wilt or appear stunted. This is a serious problem in many Southern states. Burpee Recommends: Do not plant into infested soil. Grow resistant varieties. Try planting ‘Nema-Gone’ marigolds around your plants.

Armyworm: Holes in leaves can be singular or clumped together. Leaves can become skeletonized. Egg clusters may be evident on foliage with a cottony or fuzzy appearance. Young larvae are pale green and adults are darker with a light line along the sideand pink underside. Burpee Recommends: Introduce natural enemies to the area.

Cutworms: These insects cut off the seedlings at the soil level. Burpee Recommends: Place a paper cup collar (use a coffee cup with the bottom cut out) around the base of the plant. They are usually mostly a problem with young seedlings. You can also control by handpicking and controlling weeds, where they lay their eggs.

Tomato Horn Worm: Large, green caterpillars can quickly devour foliage. Burpee Recommends: With sturdy gloves on, hand pick and destroy them. HOWEVER if you see white projections coming from the back of the caterpillar, do not destroy it. These are the egg cases of a parasitic wasp that will destroy the caterpillar. These wasps should be allowed to remain in your garden.

Whitefly:  These are small white flying insects that often rise up in a cloud when plants are disturbed or brushed against. Burpee Recommends: They are difficult to control without chemicals. Try hot pepper wax or insecticidal soap. Check with your Cooperative Extension Service for pesticide recommendations.

Can I grow dill in containers? Dill can be a large, rangy plant, but there are smaller varieties ideal for containers, such as Fernleaf. Be sure to use a commercial potting mix rather than garden soil.

Can dill be used as a companion plant? Dill may be used with asparagus, members of the cabbage family, cucumbers, lettuce, tomatoes and onions to benefit flavor and deter insects. Planting beans nead dill benefits the dill.

When should I add dill to cooking? Dill is a delicate herb and should only be added close to the end when use in cooking.

Can I start dill inside early? We do not recommend starting dill inside as it develops a tap root and can be easily damaged when transplanting. Also, dill grows quickly when direct sown in the garden so there is usually no need to get a head start.