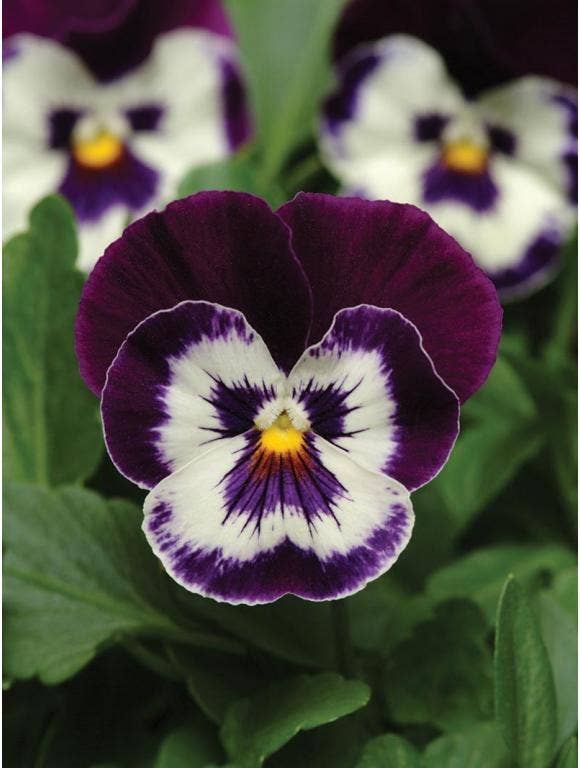 Can I Grow Pansies in My Garden?

Pansies are recommended for beginning gardeners. Especially when purchased as bedding plants, pansies are very easy to grow and require only a minimum of care to provide a very long flowering season. Available in a wide variety of individual colors and mixes, pansies can also be started from seed either indoors or directly in the garden.

The history of the modern pansy begins with a small European wildflower, Viola tricolor, commonly known as Johnny-jump-up. This was Shakespeare's 'little western flower, / Before milk white, now purple with love's wound, / And maidens call it love-in-idleness.' In A Midsummer Night's Dream, the juice of 'love-in-idleness' is used by Oberon, king of the fairies, to trick Queen Titania into falling in love with a donkey. Pansies also appear among Ophelia's flowers in Hamlet: '...and there is pansies, that's for thoughts.' 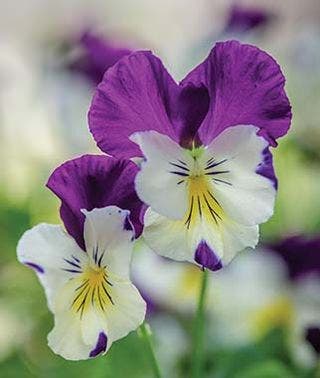 Like the modern hybrids we grow today, V. tricolor has five rounded petals arranged somewhat like a butterfly, but the blooms are smaller, usually less than an inch wide. Their color is either deep purple or some combination of purple, yellow, and white. Another old name, 'herb of trinity,' was inspired by the tricolored types.
Wild pansies have a strong tendency (common among violet family members) to form natural hybrids. Their appearance is also greatly affected by growing conditions resulting in a lot of variation among the species. Taking advantage of these traits, a group of aristocratic flower-fanciers began experimenting with V. tricolor in the early 1800s, cross-breeding it with wild relatives like the yellow violet (V. lutea) and alpine violet (V. altaica).

The first pansy hybrids with dark central blotches (as opposed to just lines) appeared in 1814, and by 1835 there were 400 named varieties on the market-'beautiful, flat, symmetrical, velvet-like flowers, more than two inches in diameter, magnificently and variously coloured.' These are the words of Charles Darwin, who took a keen interest in the cross-fertilization of plants. He was working on his theory of natural selection at the time, and conducting his own experiments with pansies and other flowers, keeping detailed records of the various traits that arose through many generations.
Large, exotically patterned pansies became all the rage in Europe, where they were displayed at floral exhibitions and painted by the leading artists of the day. But many of these Victorian hothouse oddities proved too temperamental for the average gardener, and it wasn't long before breeders began working on hardiness as well as color and form. Pansies today, although equally beautiful and variable, are much better suited to the home garden.

How Do I Cultivate Pansies?

Pansies perform best in cooler weather, and are therefore usually planted in spring or fall. They like rich, well-drained soil high in organic matter, and full sun or partial shade. (Shade is especially beneficial south of Zone 7 where the hot afternoon sun will shut down flower production.) 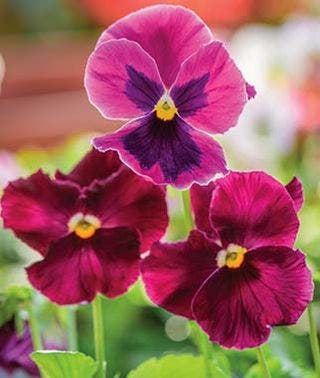 Pansies will flower even more profusely and longer if spent flower heads are removed. During the hottest months, cut the plants back and mulch to conserve moisture. When cooler weather returns in the fall pansies will reward you with a second show of blooms.
Because they are very hardy, pansy plants can be set out at least a month before the frost-free date in your area. After a week or so of hardening off, the plants can be put into their growing beds and left outside. Where winters are mild, fall-planted pansies will survive and rebloom magnificently in the spring. A layer of straw mulch applied as soon as temperatures fall below freezing will protect the pansy plants through colder winters.

Pansies are generally not affected by diseases or insects. However, where slugs are common, they will not bypass a bed of pansies. Either set out slug traps or sprinkle a bit of diatomaceous earth around the plants. If signs of mildew or any fungi are observed, take a sample leaf to a garden center for correct identification and plant treatment.

Should I Grow Pansy Seeds Or Plants?

Pansies grow easily from seed but take a long time to mature, so they should be started early indoors about 10 to 12 weeks before the last frost date. Press pansy seeds into the surface of the soil and cover to their thickness, as darkness is required for germination. Covering the pots with black plastic is a good idea. Keep the planting medium damp, and once the seeds have sprouted, (about 14 days at 70 degrees F.) move them to a greenhouse or a setup like Burpee's Glow 'n Grow Light Garden. A week or so before transplanting into the garden, harden the pansy seedlings off by putting them in a cold frame or a sheltered spot outdoors during the day.
Many gardeners prefer the convenience of bedding plants, and Burpee makes it easy with garden-ready 12-packs of pansy varieties like 'Autumn Blaze', 'Purple Rain', 'Maxim Hybrid Mix', and 'Antique Rose'. The seedlings should be planted six to eight inches apart and watered frequently until they are well established.