True blue-green French heirloom that can overwinter in Vermont.

Days To Maturity The average number of days from when the plant is actively growing in the garden to the expected time of harvest.

Fruit Size The average size of the fruit produced by this product.

Spread The width of the plant at maturity.

Height The typical height of this product at maturity. 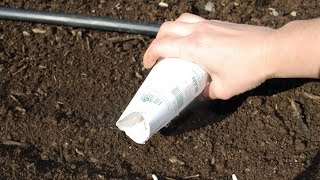 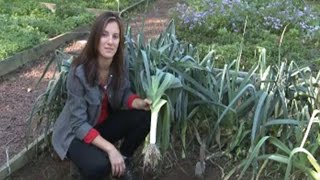 Growing Leeks
Leeks are closely related to onions but have a sweeter, creamier, more delicate flavor. Prized by cooks as a flavoring for dishes of all types.
Watch video

Downy Mildew: This fungus causes whitish gray patches on the undersides and eventually both sides of the leaves. Burpee Recommends: Rotate crops with plants in a different family. Avoid overhead watering. Provide adequate air circulation, do not overcrowd plants. Do not work around plants when they are wet.

Onion White Rot: This soil-borne fungus causes yellowing and wilting of foliage above ground. Below ground, the roots rot and the fungus also infects the bulb. At the base of the bulb, a white fluffy fungus will appear with black fungal bodies. Burpee Recommends: Remove infected bulbs. Practice crop rotation with members of the onion family.

Pink Root Rot: A fungus that attacks roots causing them to turn a light pink, then red and eventually purple-brown and causing them to shrivel. Infected plants show signs of nutrient deficiencies and drought because the roots cannot take up water and nutrients. Plants are stunted. The disease lives in the soil for several years and thrives in warm temperatures. Burpee Recommends: Plant as early as possible so the bulk of the plant growth will be in cooler temperatures. Rotate crops and plant resistant varieties.

Rust: A number of fungus diseases that cause rust colored spots on foliage, stalks and husks. Burpee Recommends: Plant early as these diseases tend to be worse later in the season. Plant resistant varieties. Practice crop rotation. Remove infected plants.