What Is Green Manure, and How Does It Benefit a Garden? 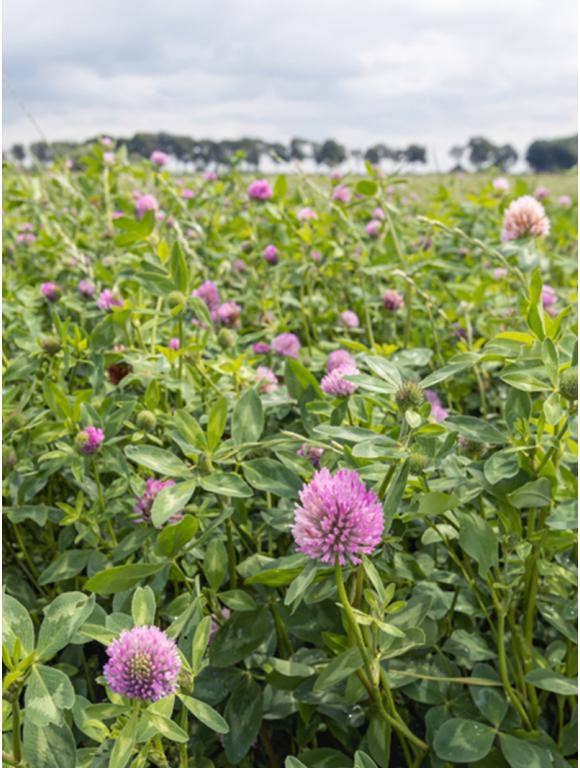 Green manure is often touted as an excellent addition to the garden. But what is green manure, and what are its benefits? For starters, green manure isn't manure at all in the traditional sense. Rather, green manure is a catchall term for crops that are grown for the benefit of the soil rather than for harvest.

What Is Green Manure Used For?

Also known as "cover crops," green manure crops are used mainly to improve garden soil during the months or years when your garden isn't in use. For example, you might plant cover crops in winter. To reap the benefits of green manure, incorporate the green foliage into the soil (while green or soon after dying) to provide biomass to the soil's upper levels. Depending on the region, green manure crops can consist of various legumes, such as white clover or vetch, or any number of grass species, such as 'Winter Rye Organic' cover crop or oats.

How Does Green Manure Benefit the Garden?

Green manure crops are beneficial to garden soil and worth the extra labor for a few reasons.

When you incorporate cover crop stems and foliage into the soil, bacteria and fungi begin to feed on the organic matter and enrich the soil. Furthermore, this process helps to break down soil particles and produces a loamy, aerated medium in which most garden veggies thrive. Organically enriched soils also make for easy tilling, water retention and drainage.

While the ground or a garden lays fallow during the off-season, the risk of soil erosion increases. Green manure crops provide great coverage in a short period of time during the months and years when the garden isn't in use. These crops also reduce water runoff during heavy rain and protect the soil from crusting over and creating hardpan.

Cover crops typically grow fast and take up space and light as they fill out a given location. As they grow, they effectively shade and crowd out weedy species that would also take advantage of fallow soil. Planting cover crops is an excellent way to limit the generation of weed seeds and slow their expansion within the garden.

When cover crops are tilled into the soil at the end of their cycle, their leaves and roots are quickly devoured by hungry worms, bacteria and fungi — all highly beneficial organisms in the garden.

Green manure crops are not only functional and beneficial for the soil, but they're also aesthetically pleasing! Some cover crops, such as white clover and vetch, produce pollinator-friendly flowers, and the tall stems of wheat, oats and ryegrasses are beautiful as they dance in the breeze. Filling an otherwise barren garden with green manure crops also creates a habitat for many species of birds, insects and small mammals.

Green manure crops might have an odd name, but they have a truly valuable space in the home garden.

Find out more about improving your garden soil with When and How to Amend Soil.

Derek Carwood, a native of Northern California, currently resides in the Upper Midwest and has been involved in horticulture for over 30 years.  Derek holds a Bachelor's Degree in Environmental Sciences and a Master's Degree in Sustainability Education & Policy.  He has been heavily involved in education throughout his professional career and has volunteered and worked across the Americas, Europe, and Asia.  Most recently, Derek started Greenwood Horticulture focusing on both indoor and outdoor horticultural consultation, education, and design.