Posted in: Gardening by Season 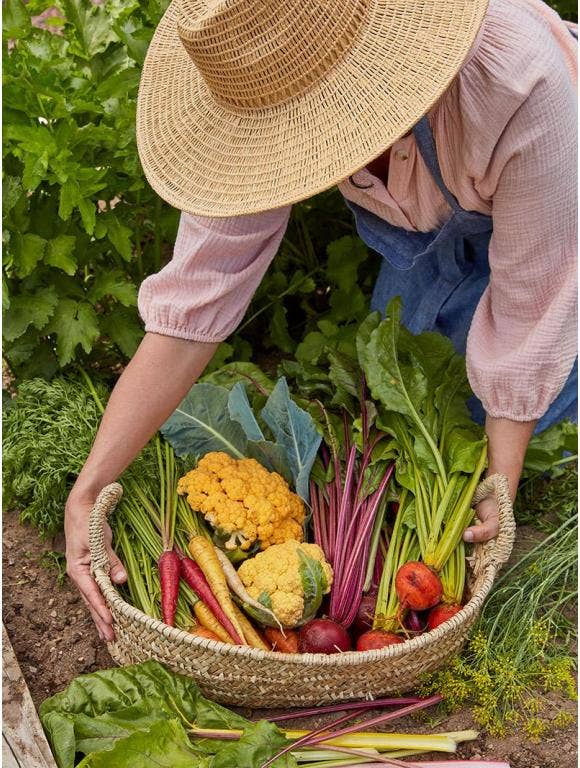 Fall is an often overlooked growing season, but it can be an excellent time to plant, thanks to the benefits of cooler temperatures and fewer pests. Deciding what to grow in your fall garden all boils down to where you live and your growing zone. Follow this guide to garden planting zones to enjoy a successful fall harvest no matter where you live.

Once you've determined your garden growing zone, you can narrow down your fall crops to what will thrive in your region, as well as the best timing for planting and harvesting. These are the main 13 zones, but keep in mind that your subzone may shift growing conditions, so it's essential to pinpoint your specific climate before you start.

Zone 1 is not ideal for fall planting, as you'll find some of the coldest temperatures and risk for year-round frost in northern Alaska. The best option for any growing success would be to use a greenhouse or cold frame to plant cold season vegetables in late summer.

The second coldest garden planting zone encompasses central and southern Alaskan cities, like Fairbanks. With first frost dates as early as the end of August and the beginning of September, it's best to choose extremely hardy plants with short growing periods. The options for planting are limited, but you should have success with growing beets, lettuce, radishes, spinach, turnips and corn salad. You'll want to start these plants in mid- to late summer and consider using a cold frame for an early fall harvest.

Most of Minnesota; certain areas of Alaska, Maine, Wisconsin and Wyoming; and the northern regions of Montana and North Dakota make up most of zone 3. Zone 4 covers South Dakota, Wisconsin, Wyoming and Eastern states like Maine, New Hampshire and New York. Covering a large part of the Midwest and Northeast, zone 5 includes Illinois, Indiana, Iowa, Nebraska, New York and Pennsylvania.

With first frosts coming typically at the end of September through mid-October, fall garden options for zones 3 through 5 are limited to hardy plants with quick maturity. Leafy greens and root vegetables like arugula, beets, carrots, lettuce, radishes, spinach and Swiss chard will thrive if planted in early August for a fall harvest. You can also have success with peas if planted in early July and hardneck garlic when planted in the fall.

The same plants from the cooler zones, like arugula, beets, carrots, lettuce, radishes, spinach and Swiss chard, will do well in zone 6. However, wait to start seeds outdoors until the beginning of September, and start peas in early to mid-August. Hardneck garlic can also be planted in fall.

This zone covers a wide range from the Pacific Northwest and lower Midwestern states, to the South, like Alabama, Arkansas, Oklahoma, Oregon, northern Texas, Virginia and Washington — as well as some Eastern middle states including Pennsylvania, New Jersey, Maryland and Delaware.

More growing time is available for planting a fall garden in these areas, as they have milder temperatures and first frost dates as late as early November. In addition to the leafy greens and root vegetables you can start in mid- to late September, you can also have success with green beans, peas, corn salad when started in early to mid-August. Don't forget fall-planted hardneck garlic.

Zone 8 covers most of the West Coast and several Southern states, including Alabama, Georgia, Louisiana, Mississippi, South Carolina and Texas. California, Florida and south Texas are home to zone 9.

With lingering summer heat and first frost dates as late as the end of November and beginning of December, in these zones, you'll want to wait to start planting leafy greens and root vegetables, like lettuce and radishes, until mid- to late October. In addition, you can also plant peas, potatoes and softneck garlic in September and corn, cucumbers, green beans, okra, parsnips and zucchini in mid- to late August.

Southern California and Florida feature some of the hottest temperatures in zone 10. Depending on your exact geographic area, much of subzone 10b may not experience any frost at all, which means you can have success growing year-round. However, you'll want to wait to plant cool season vegetables when summer highs have subsided.

In areas of zone 10 that do experience frost, growing times will look similar to zones 8 and 9. For a late fall harvest, start leafy greens and root vegetables in mid- to late October. Broccoli, Brussels sprouts, cabbage, cauliflower, peas, softneck garlic and potatoes can be planted in mid-September. Plant corn, cucumbers, green beans, okra, parsnips and zucchini in mid- to late August. For pumpkins ready in time for the fall holiday season, you'll want to plant those seeds at the beginning of July.

The tropical climate of Hawaii covers most of zones 11 and 12. Zone 13, the hottest growing zone, is found mainly in Puerto Rico and remote areas of Hawaii. These zones typically don't experience any frost, allowing for year-round planting.

The gardening season isn't over yet! With this guide, you can continue to enjoy your garden's bounty throughout the fall season.

To learn more about plant hardiness zones and how they impact your garden's success, check out Burpee's guide to garden growing zones.

Shahrzad Warkentin is a writer and seasoned gardener, with over 12 years of experience.  Besides her own home garden, she helps manage her kids' school garden.