How to Prevent Pests in the Garden 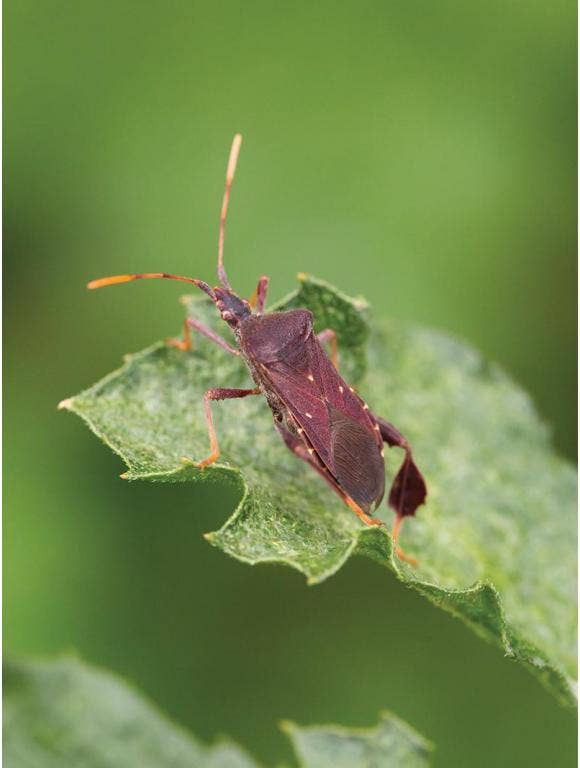 It can be frustrating to spend hours in the garden, only to have pests interrupt your hard work. To a farmer, a pest is a destructive insect or animal that attacks crops. Gardeners would likely expand that definition to include ornamental plants. Both would agree, though, that it's important to know how to prevent pests in the garden, whether insect or animal. Here are some common pests and how to discourage them from making a home in your garden.

Nature has no shortage of destructive forces, and insects are among the vanguard. They're part of a system of checks and balances in the natural world — but when they get out of hand, they can create disappointment for gardeners. Just ask anyone who's been deflated after seeing the skeletonized leaves of a linden tree from Japanese beetles or the sickly yellow mottling of tomato leaves from spider mites. Suddenly, they're desperate to know how to prevent pests in the garden. Identifying garden pests is the first step in dealing with the problem. Here are some of the most common insect pests you'll find in the garden, the telltale signs they're present and what you can do about them.

Aphids suck juices out of plants, causing stunted growth and leaves that twist, curl and turn yellow. They also secrete a shiny, sticky waste product called honeydew, which attracts ants and can lead to unsightly sooty mold. Solutions include introducing ladybugs, also called lady beetles, which feast on aphids, or dousing plants with a stream of water to physically remove aphids. You can also spray plants with neem oil, insecticidal soap or pyrethrins, making sure to get the undersides of leaves, where aphids are often found.

When you see lacy, skeletonized leaves, you can be sure beetlemania has arrived in full force. This invasion isn't anything to smile about, though. Traps, which attract beetles with pheromones, are a popular choice to try to get rid of Japanese beetles. However, unless you place the trap in your neighbor's yard, you'll just attract more beetles to your own garden. Instead, one solution is to go out in the early morning and at sunset and brush beetles off leaves and into a bucket of soapy water, which they can't escape from. You'll need to be vigilant, doing this once or twice a day for six to eight weeks. Additionally, contact spraying with neem oil or pyrethrins can help deter beetles, but follow-up applications will be needed.

These slimy critters can take hostas from handsome to homely in no time when they get the munchies — which is just about any time they're slithering about. With large portions of their leaves eaten, hostas start to look ragged and forlorn. Treatment options include trapping slugs in tuna fish cans or other shallow vessels filled with beer (they're attracted to the yeast, fall in and drown) or hunting them at night with a flashlight and dowsing with a shaker of salt. You can protect individual plants by scattering crushed eggshells, sharp sand or diatomaceous earth around stems. Slugs won't crawl through the sharp material and should keep away from the plants.

By themselves, spider mites look like tiny moving dots. But they're never on their own — they live in colonies, feeding on landscape plants including fruit trees, vines, vegetables and ornamental plants. Spider mites suck cell contents from leaves. At first, the damage is slight, with leaves showing a dimpling of light dots. Eventually, as feeding continues, leaves yellow and drop off. Telltale signs also include webbing covering leaves, twigs and fruit. A jet of water can dislodge them. You can also treat the affected plants with neem oil or insecticidal soap.

Insects aren't the only intruders in the home garden. They have plenty of company in the animal kingdom. Unlike your typical insect pest, animals are at least interesting to watch. Some homeowners actually welcome them into their yards. Many others, however, would rather that Bambi, Peter Rabbit and the rest of their kin kept their distance.

They're beautiful creatures, but deer and the home garden don't mix. Their damage occurs at various times of the year — rubbing antlers against tree trunks in fall, nibbling on woody plants in winter, and decimating edible and ornamental gardens during the growing season. While planting deer-resistant plants is a start, when deer are hungry, they'll eat practically anything. A better solution is to put up barriers. Fences need to be at least 8 feet tall or electrified (more appropriate for rural settings). Motion detectors connected to lights or sprinklers are also effective. Another option is to spray plants with deer repellent, which repels potential browsers through taste or smell.

Rabbits are another seemingly cute garden addition, until you see what they can do to your vegetables or the bark on your prized Japanese maple. Physical barriers and repellents also work on rabbits and, fortunately, the barriers can be small enough to fit in a home landscape. Raised beds also keep vegetables above browsing height, while a ring of chicken wire protects a shrub over winter. Rabbits also love white clover. They'll seek it out over practically anything else, so you might try sowing a bit of it in the corner to distract them.

It can be fun to watch squirrels scamper in the yard but not so much fun when they dig up bulbs, gnaw on immature squash or taste test your beefsteak tomatoes. Use scent-based repellents when needed. You can also try getting a squirrel feeder so they have no reason to go marauding through your garden for anything other than play.

Taking care of a garden includes protecting it from both insect and animal pests. Using these tips, you can minimize their destruction in your garden. If you need stronger treatment, contact your County Extension Service for more help.

While it may seem counterintuitive, not all insects are harmful to a garden. For more information on beneficial insects, check out Little-Known But Helpful Garden Bugs.