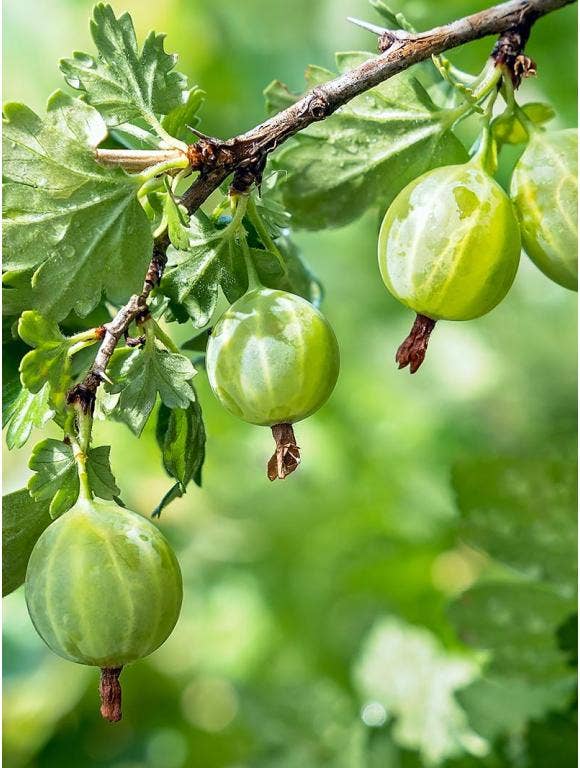 The History of Gooseberries

Gooseberries used to be big — about as big as a goose egg. In the mid-19th and early 20th centuries, members of gooseberry societies in England were dedicated to raising the biggest gooseberries possible. Gardeners in these popular clubs (there were more than 170 gooseberry clubs in the mid 1800s) competed fiercely in annual contests held in local pubs at midsummer. At showtime, gardeners picked their gooseberries carefully, packed them in special wooden boxes lined with cotton and sealed with wax, and carried them to the pub to be weighed. Trophies for the biggest gooseberry still gleam on the shelves of a handful of pubs in Cheshire, but gooseberries now have few champions.

In modern times, the Indian Gooseberry, also known as AMLA, has become a popular superfood because of the numerous health benefits that it can provide. AMLA gooseberries are commonly consumed as fresh fruit, or used to create AMLA powder or juice. Consuming AMLA provides can: improve the health of your hair, improve eyesight, aid in calcium absorption, enhance metabolic activity, treat menstrual cramps, help control Diabetes, treat infections, relieve stomach problems such as diarrhea or Dysentery, help in the prevention of heart disease, and help prevent the effects of aging.

How to Grow Gooseberries

Gooseberries are related to currants, and, like currants, they are delicious in jams, jellies, and pies. These pale, round, translucent fruit grow on small, somewhat sprawling shrubs; they thrive in well-drained soil in a site with morning sun and afternoon shade. Champion European gooseberry growers adhere to strict (and closely held) schedules of pruning and fertilizing to produce berries weighing up to two ounces, but success with gooseberries doesn’t really require a secret handshake. Annual pruning in winter, followed by fertilizing with compost or manure, and then a layer of mulch in early summer is all the shrubs require to produce a healthy crop. To grow large gooseberries, keep the stems pruned short and only allow a few fruits to mature on each stem. Gooseberries can be trained as standards, in a bushy flourish of leaves atop a single stem; they can also be grown in pots.

Other Types of Gooseberry Plants 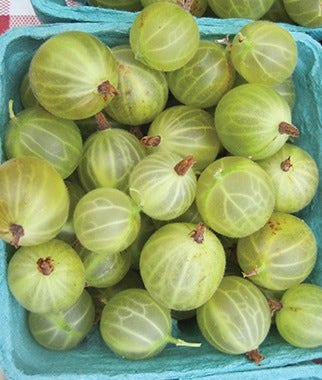