Posted in: Other Vegetables 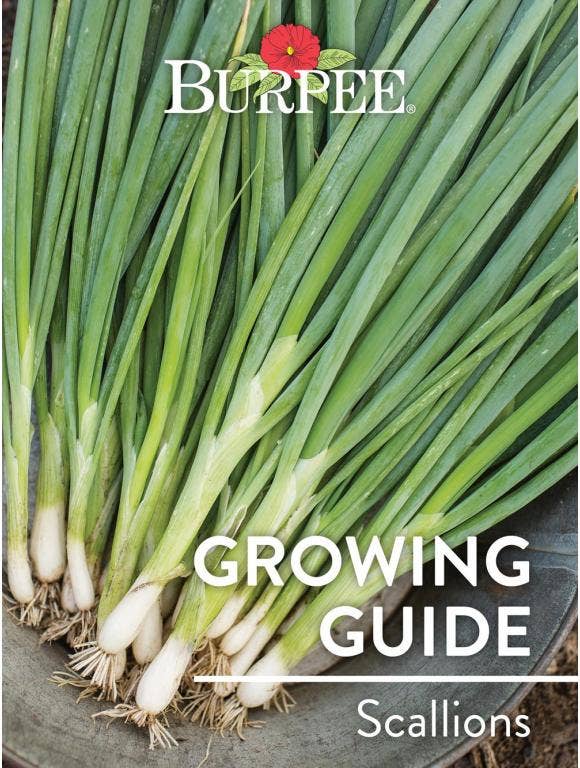 How to Sow and Plant Scallions

Sowing Scallion Directly in the Garden

How to Grow Scallions 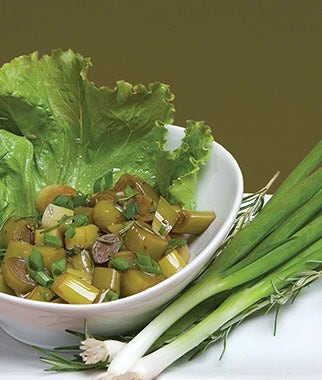 Downy Mildew: This fungus causes whitish gray patches on the undersides and eventually both sides of the leaves. Burpee Recommends: Rotate crops with plants in a different family. Avoid overhead watering. Provide adequate air circulation, do not overcrowd plants. Do not work around plants when they are wet.

Onion Smut: This fungus attacks mostly young seedlings as the new leaves emerge. It causes blister-like lesions near the base of the bulb and streaks on leaves, sheaths and bulbs. The streaks mature into black powdery spores. The fungus stunts the growth of the plants. More mature plants are not as susceptible. It is most prevalent in temperatures under 75 degrees F. The disease lives in the soil for several years. Burpee Recommends: Rotate crops and do not plant in the same area for at least three years. Encourage rapid growth with watering and fertilizer to get plants past the susceptible stage. Some fungicides are effective, Check with your Cooperative Extension Service for recommendations.

Pink Root Rot: A fungus that attacks scallion roots causing them to turn a light pink, then red and eventually purple-brown and causing them to shrivel. Infected plants show signs of nutrient deficiencies and drought because the roots cannot take up water and nutrients. Plants are stunted. The disease lives in the soil for several years and thrives in warm temperatures. Burpee Recommends: Plant as early as possible so the bulb of the plant growth will be in cooler temperatures. Rotate crops and plant resistant varieties.

Rust: A number of fungus diseases that rust colored spots on foliage and stalks. Burpee Recommends: Plant early as these diseases tend to be worse later in the season. Practice crop rotation. Remove infected plants.

Cutworms: These insects cut off the seedlings at the soil level. Burpee Recommends: Place a paper cup collar (use a coffee cut with the bottom cut out) around the base of the plant. They are usually mostly a problem with young seedlings. You can also control by handpicking and controlling weeds, where they lay their eggs.

Onion Maggots: These insects attack the bulb rather than the leaves of scallion plants, but this feeding habit can be a severe problem even for scallion growers, because the entire seedling eventually dies. If your plants begin to show weakened vigor, dig up a sample plant to see if the bulb looks like it is filled with tunnels. Burpee Recommends: If you see the symptoms, pull all the plants and use what greens you can. Destroy the rest of the plant parts because the flies that produce onion maggots can continue to lay eggs, causing problems for future crops. Practice crop rotation.

Onion Nematodes: Microscopic worms that live in the soil. They inject a toxin into root systems that cause scallion tops to turn yellow with blackened tips. The entire plant can become deformed. Burpee Recommends: Pull up affected plants, chop off any usable tops for kitchen use, and discard the rest of the plant. Crop rotation can reduce the amount of damage nematodes continue to wreak on future green onion crops.

Thrips: These are tiny insects that are difficult to see. Plant tops develop silvery-white streaks or blotches and the plants can become deformed. Because the tops are the edible part of the scallion, this foliage disfiguration is more serious than it might be for other edible crops. Burpee Recommends: Blast the tops with a jet of water from your garden hose to get rid of the worst of the problem. It’s best to do this in late morning on a sunny day; wet leaves can lead to the fungal diseases to which scallions are prone. If the problem persists, coat leaves thoroughly with insecticidal soap.

Do scallions store well like onions? Scallions are used fresh and are not stored like mature onions. They may be kept for a week with their roots in water, or chopped up and frozen.

What’s the difference between scallions, green onions and spring onions? Nothing! These are all the same type of plant.