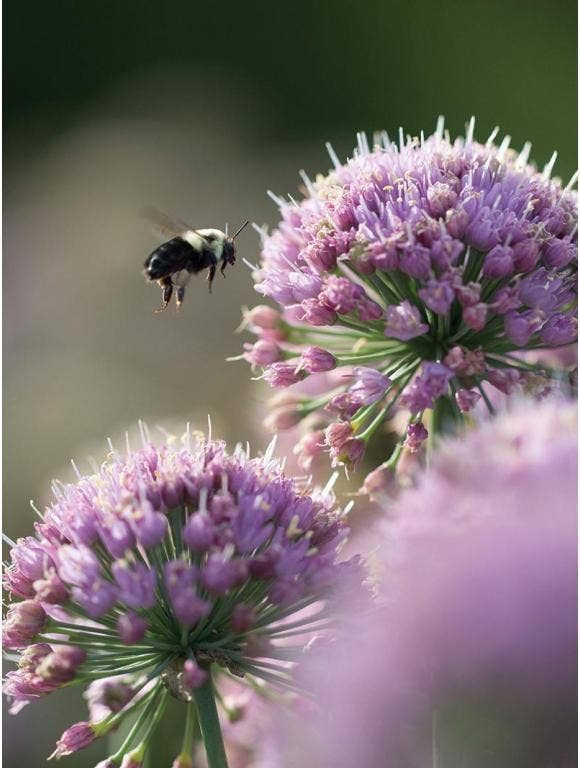 Turns out, one of the most invaluable living things on the planet is less than one inch long and lives for only a few months - the busy little honeybee. Famed as a source of delectable honey (as well as long-burning candle wax and protein-rich pollen), honeybees have been part of human lore for thousands of years, from ancient cave paintings to Winnie-the-Pooh stories. 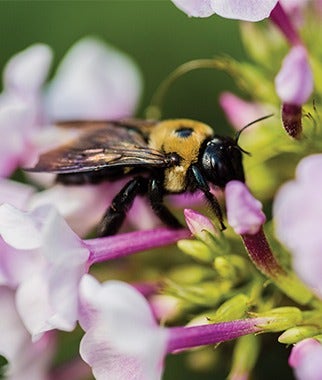 While there are about 20,000 different species of bees, the Western honeybee (Apis mellifera) gets the most press, and with good reason. Few types of bees form colonies like the honeybee, and it's this communal living arrangement that necessitates the creation of hives and honey. Of the many bee species, only about seven actually make honey, with the honeybee surely being the most prolific.

Native to Europe, Apis mellifera was introduced to North America by Spanish colonists in the early 17th century and subsequently made its way across the continent, taking up residence in both wild haunts and managed hives.

Importance of Bees in the Garden

The role of bees is much, much larger than just honey production. Not only do they pollinate much of our native flora, they are also responsible for about one-third of our daily diet. From soybeans to cantaloupes to apples, a big percentage of our edible crops require floral visits from bees to form fruits, vegetables, and even nuts. Other edibles, like cabbage, onions, celery, and mustard need bee pollination to form seeds for propagation as well as the spice rack.

Hence beehives have gone hand-in-hand with the production of crops. For example, if a farmer has an apple orchard, he often sets up a collection of beehives nearby for pollination, stacking the deck, so to speak, and not relying on chance encounters with wild bees.

Another reason for the honeybee's fame and ubiquity is its ease of "domestication." Now, honeybees are not actually domesticated in the same sense as household pets. But their mild temperament has made them extremely manageable, and the art of beekeeping has been around for thousands of years.

Initially, honey would have been collected from wild colonies, found in natural cavities like tree stumps. But, this necessitated the destruction of the hive. Even early manmade hives required a full dismantling, like the pottery versions in the ancient Middle East, rolled-cork hives used in Spain, and the charming dome-shaped straw "skep," dating to medieval times, which has become a classic symbol for the honeybee.

While it was known for many years that honeybees built their combs a specific distance apart (1 and 3/8 inches), not until the late 1700s did "movable comb hives" come on the scene, making it possible to harvest honey while preserving the hive structure. But this concept didn't become widely used until after 1851 when Lorenzo Langstroth invented a box-shaped hive with frames that hung from the top, the form still in use today.

In recent years the honeybee has come on difficult times, battling against urbanization, mites, diseases, and the dreaded Africanized bees, also called "killer bees." While the Western honeybee only stings in response to a serious threat (since stinging means the bee dies), Africanized bees are more aggressive, not only toward honeybees but humans as well.

One way to facilitate the survival of the honeybee is the "urban hive." Meaning, you can set up a hive practically anywhere, even in the heart of suburbia or on a city rooftop, as long as it doesn't violate any ordinances. In fact, urban beekeeping is becoming something of a movement, not unlike the recent surge in popularity of the "urban chicken."

Setting Up Your Own Beehives

All a hive essentially requires are low-tech equipment (a hive box, smoker, beekeeper's suit, etc.), basic skills, and a calm demeanor. It's also a good idea to put up a high fence or hedge so bees will fly up and over. Since bees travel in a straight line between the hive and nectar sources, you don't want them zooming around at head height and annoying the next-door neighbors. And you should provide a source of water about twenty feet from the hive, like a birdbath, dripping fountain, or a container water garden.

Benefits of Bee In Your Garden Outweight the Deficits

For those who are afraid of bees, keep this in mind - bees are always, always more focused on their prime directive to find flowers than they are on you! And the payoff should certainly outweigh the trepidation - not only will you have pollinators close at hand to insure plenty of veggies and fruit, but imagine enjoying your own honey, fresh from the hive. Remember, if you have flowers, there will be bees visiting your garden, so you might as well enjoy some side benefits!

Shop all of our pollinator attracting plants that we have to offer at Burpee seeds using the links below. 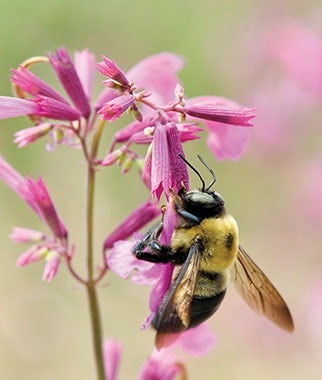