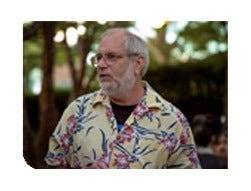 Hybrids Are NOT “FrankenFoods”

Many people misunderstand the term ‘hybrid’ when it appears on seeds or plants, mistakenly thinking it has something to do with GMOs or ‘genetically modified organisms’. But hybrids have been used in everyday agriculture for hundreds of years and are not the product of modern genetic engineering in a lab.

Rather, a hybrid is created when two different varieties of plants in the same genus—like two tomatoes or two peppers—are combined in the field. This is achieved by dusting the pollen of one variety—like, say the legendarily delicious Brandywine tomato—onto the female flowers of another variety of tomato that has different desirable traits, like better disease resistance or the tendency to produce more of those tasty fruits. The two original ‘parent’ plants will remain the same over the course of the growing season, but the SEEDS inside the fruits they produce will deliver the new, hybrid, variety when they are collected, dried, packaged, sown and grown the following year. Pretty much exactly what happens when we humans have children. (Often with equally unpredictable results.)

Hybrids have been occurring naturally out in nature for thousands of years, with bees moving pollens around promiscuously from plant to plant. That’s how humans learned to do it, and the high-tech scientific equipment we use to create hybrids is a little paintbrush and a paper bag.

Hybrids are always identified by the word ‘Hybrid’ or the symbol “F1” after the variety name on seed packets, plant tags and catalog descriptions; and they are completely ‘garden kosher’—even allowed in certified organic agriculture.

Many listeners have written to me over the years, worried about whether a certain seed or plant they were interested in buying had been genetically modified. Finally! A question with an easy answer: No.

Whether you call the process “GE” for Genetic Engineering or “GMO” for Genetically Modified Organisms”, ‘gene-jockeyed’ plants and seeds are not available to home gardeners—only to farmers, who must sign a slew of legal documents before they can purchase seeds or plants whose DNA has been artificially altered. And genetically engineered plants and seeds are NOT allowed in organic agriculture.

Like we just said upstairs, hybrid seeds and plants are NOT the result of laboratory tinkering; hybrids have occurred naturally since plants began producing pollen; and are an accepted part of certified organic agriculture.

But the other side of this coin is the disturbing fact that over 90% of the corn and soybeans commercially produced in the United States ARE genetically-altered varieties, engineered to produce their own pesticides or to tolerate massive amounts of chemical herbicides. So if you’ve got the room and the inclination to grow some of those field crops, you may end up helping preserve important and valuable natural genetic traits.

An Heirloom Variety is More Than Just ‘Old’

The word “heirloom” almost always calls for the addition of the adjective ‘treasured’, but the actual definition of an heirloom variety is more slippery than a frog swimming in warm butter. To most people, ‘heirloom’ simply means an old variety; one that’s been around for, oh—say, 100 years or close to it. That’s mostly true. For those with some decades of dirt under their fingernails, it probably also indicates an ‘open pollinated’ variety; that is, a plant whose saved seeds will produce the exact same plant. That’s also true.

But in the strictest sense, an heirloom is a variety that was once offered commercially in seed catalogs, fell out of favor, was discontinued, became technically unavailable, and survives today only because dedicated farmers and gardeners grew it out and saved fresh seed year after year. That makes them family heirlooms. 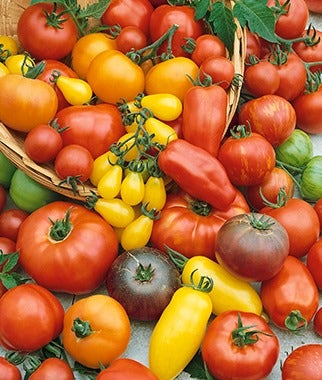