On St. Patrick's Day, there is a centuries-old tradition of Irish-American gardeners venturing, heedless of cold, blustery weather, to plant potatoes in their gardens. The custom may appear odd to those who reflexively link the pairing of Ireland and potatoes with the devastation caused by the Irish Potato Famine of the 1840s.

The story of the famine begins in the northern Andes in South America, what is now Peru and Bolivia. For the Incan inhabitants, potatoes had been a staple food for millennia, growing in the elevated regions of the subtropics. Potatoes grow prolifically and variously, with some 3000 Andean varieties of every color, shape and size.

The Spanish conquered the Incan empire in the 16 th century, enslaving the natives, and putting many to work in mines to harvest gold. The Spanish soon saw an ideal food in the compact, long-lasting and nutritious tubers, one of which would fuel an enslaved miner for an entire day. Along with their plunder of gold and enslaved Incans, they returned to Europe with the potato. Colonial British spies also noted the potato's fuel efficiency and productivity and took the news, and probably tubers as well, back to England.

The potato was not an instant hit in Great Britain. Uncooked, the strange new food was bitter. The pious rejected potatoes since they grew underground, Satan's realm. So they tested it in their original "colony" of Ireland. Meanwhile potatoes became the rage in the rest of Europe, the countries' noble ladies famously wearing "tiaras" of potato blossoms in their hair. The French called potatoes "apples of the earth"; the Germans, "earth truffles."

By the 1700s potatoes were widely cultivated in Ireland. The moist, cloudy and cool climate was uncannily like the South American highlands of their origin. For the Irish tenant farmers, with barely an acre to cultivate, potatoes produced larger, up to 12 tons per acre, and more reliable yields than grains. The typical Irish peasant ate from eight to fourteen pounds of potatoes each day, providing 80 percent of the caloric intake.

The potato's broad adoption transformed the Irish. Nearly the perfect food, potatoes are loaded with protein, vitamins, and complex carbohydrates. Infant mortality plummeted. The Irish grew bigger, stronger and healthier. Soon they towered in physical stature over their rural English counterparts who subsisted on bread. From 1780 to 1840, the Irish population doubled, from four to eight million.

Then came the blight. Originating in a remote Mexican valley, a uniquely virulent strain of Phytophthora infestans, a fungus causing mildew to form on all parts of the potato plant, spread throughout Western Europe in 1845. Its highly infectious spores rode the moist winds during the unusually cool, overcast summers of 1845, 1846 and 1847.

A British naval officer passing through County Clare described seeing "thirty-two miles thickly studded with potatoes in full bloom." The next day, "the whole face of the country was changed; the stalk remained bright green, but the leaves were all scorched black." Had he stayed a week, he'd have seen the stems, roots and tubers blackened from rot.

As Ireland's main crop, the potato represented the poor farmers' meager livelihood, sustenance and means of paying rent to the landowner. The Irish peasants were at risk of both starvation and loss of homes and farmland. By 1848, a million people, about an eighth of the Irish population, had perished. One and a half million emigrated, mostly to the United States.

To describe the help extended by the British government as woefully inadequate is woefully inadequate. The potato crops rebounded only after British and European agriculturists utilized plant-breeding programs based on potatoes that had survived the blight. In 1861, German mycologist Anton de Bary, identified the fungus as the cause. This unprecedented international collaboration among scientists set the stage for future responses.

The Irish potato famine catalyzed modern agricultural science, indirectly leading to Mendel's study of garden peas in the 1860s, which in turn directly led to the science of genetics. One hundred or so years on, in the 1950s, under the leadership of the US Nobelist, Norman Borlaug, the science of plant genetics helped save the lives of millions around the globe.

Amid our St. Patrick's Day revelry, let's take a moment to remember the entwined destinies of Ireland, the potato and the world. 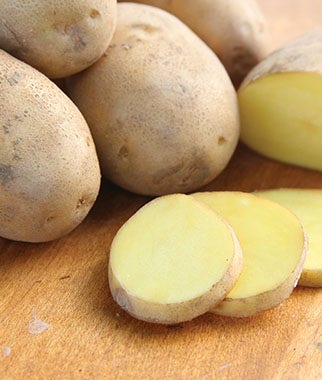