This story begins earlier this year, just as the very first crocuses peeped from the frosted ground. One cold bright morning, George Ball, the Proprietor of W. Atlee Burpee, the gardening company, discovered a curious-looking green envelope in his mailbox.  He noticed the pages gave off a distinct bouquet: verdant, earthy and curiously intoxicating. The letter read:

Over the years you have proved yourself a steadfast friend of the vegetable community. So it is to you we turn to help broadcast our important new declaration to the community of humans.

Recently, we convened a Congress Of Vegetables, with each of the four main families—the podded, the fruited, the leafy and the rooted—represented. We invited our powerful tuberous cousins, as well as our rare and exotic relatives, the stalks.  As you can imagine, Mister Ball, we are a large and colorful clan, greatly varied in size, shape, flavor and texture.

You might observe, Mister Ball, we have been inspired by the American Constitution Thomas Jefferson was, after all, an avid cultivator of vegetables, as were many of his cosigners. They found inspiration in vegetables—and they likewise inspire us.

It is our duty and our privilege to once and for all declare our Bill Of Rights as vegetables. For too long we have maintained a dignified silence in the face of human neglect, abuse and outright insult bordering on the libelous.

For 10,000 years we have nourished ungrateful people with uncountable harvests of delectable, nutritious food. Humankind must now grant vegetables the respect, consideration and care we merit.

For far too long humans have relegated us to the side dishes of life. In the theatre of cuisine, vegetables serve as supporting players with mere walk-on roles, rather than the culinary stars we surely are.

The Congress of Vegetables hereby claims our God-given rights, and demands that people at last respect us for not only our nutritional value, flavor and texture, but also our distinctive personalities and panoply of colors and shapes.

Our human friends must acknowledge the indispensible role vegetables have played in their history and survival. Consider this: were it not for annual vegetables, people would not exist. Chew on that!

THE RIGHT TO RECOGNITION

Humans have an unhappy propensity for viewing vegetables as mere things, commonplace objects on offer in the produce department.

In the pantheon of human culture, we make a poor showing indeed. Where are the monuments, museums, poems, novels, films and symphonies inspired by vegetables?

Your Proust wrote several long, elaborate novels inspired by the bite of a madeleine—a cookie. Imagine how much greater his opus would be if he had dined on an artfully prepared eggplant.

In your entertainments, humans anthropomorphize—imbue with human traits—every kind of thing or creature. In ancient fables and today’s cartoons, humans take on the guise of all manner of creature—woodpeckers, rabbits, rodents, cats, spiders, elephants, dogs, chipmunks and sponges—all, evidently, plausible vehicles for human expression.

The names of your venerated sports teams are inspired by giants, birds, brigands, snakes, metals, jungle creatures, warriors and meat-packers.  In vain we look for the California Cauliflowers, Tucson Turnips or New York Yams. Cruelly, inexplicably, you refuse vegetables entrée to the garden of the human imagination.

Your diminution of vegetables diminishes all of us. So build temples to vegetables. Enshrine the role of vegetables in heroic legend. May a conqueror have the dignity to confess, “Were it not for vegetables, defeat would have been inevitable.”

THE RIGHT TO RESPECT

In so-called industrial western societies, vegetables play an ever-smaller role in people’s diet. Adults and children consume a fraction of the vegetables their bodies demand—a development with significant health and economic consequences.

Can it be difficult to convince the public of the appeal of us vegetables—which benefit your waistline, improve your appearance, enhance your well-being and prolong your life?

In the endless bickering over health insurance, did a legislator stand up in Congress to wax eloquent on wax beans and their vegetable cousins? Not that we remember. Looking for highly affordable health insurance? Remember this: “V for Vegetables!”

THE RIGHT TO CREATIVITY

Helping bring about vegetables’ wretched showing in the human imagination and daily diet is the way we are prepared.

In fact you humans don’t prepare vegetables, so much as abandon us to a merciless pot of boiling water or the brutality of the broiler. Our adieu is swift and unsentimental. Thanks to culinary creative destruction, you sacrifice our luscious color, sensuous texture, voluptuous flavor and spectrum of succulent sensations.  Still worse, your children come to regard vegetables as flavorless, lifeless things.

Today, it is true, vegetables enjoy a new vogue in culinary circles. At chic and expensive restaurants, we are transitioning from side dishes to entrées created with nuance and artistry.

Perhaps, for once, vegetables are escaping the stigma of being a duty, the anti-charisma bestowed on all things “good for you.” For once—for once!—we are being regarded as sensual, pleasurable and worthy of temptation.  “To the ramparts!”

On this first day of spring, these are the dreams—and the rights—of the undersigned:  a vegetable patch in every home, schoolyard and community garden. 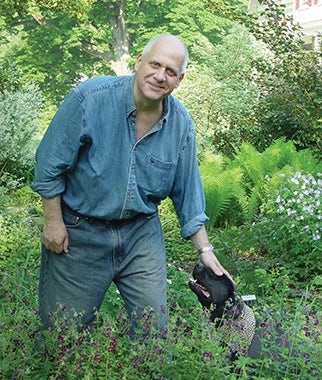