Gardening in the South - Perennials and Grasses

While some gardeners in the South (whether transplants or newbies) feel trepidation about their perennial options, it can actually be the best of both worlds. A multitude of species that are enjoyed further north easily thrive in warmer climes, while many tender plants more common to subtropical areas often survive for years in Zones 7, 8, and even 6b, pushing the envelope of hardiness. So a perennial border in much of the South can run the gamut from purple coneflower, fountain grass, balloon flower, and daylilies to cannas, ginger lily, and elephant’s-ear.

Sure, the South has its limitations (is there any place that doesn’t?). For one thing, it’s really hot down here. No argument. But let’s be honest – in July and August it’s hot in Chicago and Philadelphia too. The tricky part is, during high summer Southern nights are nearly as hot as the days, and some plants just can’t take the constant transpiration and exhaust themselves.

Alas, there is also Southern humidity to contend with, which is often more of a deal-killer than the heat. And the humidity can foster diseases like powdery mildew, the bane of those who adore bee balm and hollyhocks. It can all be too much for some plants and they simply “melt.”

But there are plenty of plants that relish the heat and are unfazed by the humidity – yucca, sedums, black-eyed Susan, butterfly weed, salvias, purple love grass, blue false indigo, sunflowers, gaura, asters, hibiscus, yarrow, and beard-tongue, to name just a few. And plant breeders continue to introduce heat-tolerant versions of species, such as ‘Provence’ lavender, and ones resistant to mildew issues, including Phlox paniculata ‘David’ and ‘Laura’ and Monarda ‘Jacob Kline’.

Probably the biggest plus is the extremely long growing season, the envy of gardeners in Maine and Minnesota. In the South, perennial gardens can have plenty of action for nearly eight months out of the year. When you’re planning your Southern garden, make sure to include plants that strut their stuff in all four seasons. Many people focus on spring and early summer and neglect the rest, but late summer and fall can be glorious in the South, and season extenders like hellebores will give you good reason to take a stroll through the garden even in winter.

And no need to hurry and get perennials in the ground in late May or early June to have a scant few months of delighting in their presence, as is the case in many Northern gardens. In much of Zones 7 and 8 you can plant perennials as early as March and as late as October.

An added perk of having a long season is the chance to experiment. If one plant doesn’t work, try it in another place or try something else. Some perennials that might not be ideal for your region over the long haul can still be invaluable as short-term beauties, such as foxgloves and delphiniums. If you want to try something that might be a gamble, plant it in an attractive container to see how it fares. If it succeeds, you can find a home for it in the garden. If it dies, it’s easy to replace it with something else, and you haven’t disrupted your border during the process.

So, despite the heat, humidity, pest and disease tribulations, and sometimes-fickle weather, the South is really a gardening Mecca. 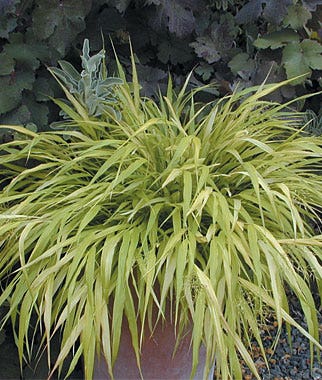