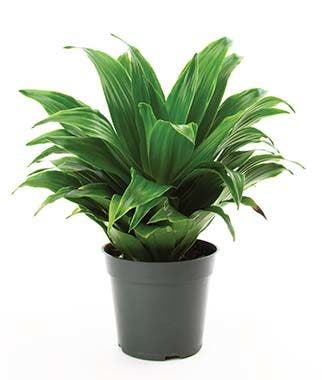 Call him Santa. Some moments ago—never mind how long precisely—after measuring the behavior of the world’s children, managing construction of several hundred million toys by elves, raising and tending magic reindeer, delivering said toys over one of the year’s longest nights, sleeping for twenty-four hours straight, then joining Mrs. Claus and Co. in their cherished year’s end celebration, he finds himself wanting to knock an elf’s hat off, or set the sleigh ablaze. Even men in red suits get the blues.

So many more kids these past few years, he muses. The winters getting colder, chimneys tighter than they used to be. He can adapt to just so much change. Magic goes only so far, even for Santa.

“What to do this off-season?” he ponders. As much as Santa wants the extra cash, he needs a break—and a makeover. The Southern Hemisphere’s winter “Santa circuit” of shows and parties has been fading away. In Australia, New Zealand, Polynesia, South Africa, demographics have changed. Besides, he always felt they stole his thunder, if not comfort and joy. Brutal trip, too.

Being omniscient, Santa sees that a seed company is hiring. Seasonal work from January to May. Hmm, seeds ... interesting! He trims his hair and beard, dons work clothes, summons Blitzen, flies down and presents himself. The factory is so busy, the Human Resources clerk whisks “Mr. S. Claus” through. I’m hired!

When Santa sees the colorful packets lined up for packing and shipping, his mind lights up like a Christmas tree. “So gorgeous and exotic, yet so oddly familiar.” He takes the mail order catalog back to his rented abode and reads it cover to cover. “This warm weather hobby down here is absolutely fantastic”.

Later Santa notices several familiar seeds and plants. Being a deer maven, he knows their leaves are too rough or spiny for deer’s throats. He brings this to the attention of his manager, who rewards him for pointing out a new collection of deer-resistant garden plants. Santa doesn’t want to turn away deer, but gardeners sure do. He’s promoted to oversee the Vegetable Department.

Santa is surprised by the “Large Carrots” section. His deer wisdom returns. “This carrot is so huge and sweet, it’s perfect for deer”, he tells the manager. “It looks orange to us but to deer, it’s gold. Plant a small plot to satiate their carrot-lust and keep them away from your garden”. Mr. S. Claus becomes the toast of the marketing team, which incorporates his lore into the upcoming catalog.

Rubbing his eyes, Santa realizes also that Christmas, with its lights, colors and the abundance of the gifts he brings, is a spirited representation of spring and summer, with their dazzling sunshine, myriad hues—and abounding harvest. Christmas by other means.

“These home gardeners—they’re like me without the Santa suit, and I’m like a winter garden festival”, Santa says to himself, amazed. “They have a seven-month paradise down here—even the ‘naughty’ have a place in the weed-patch”.

In late May, at the end of the “busy season”, Santa receives a bonus for being so “good” (amusing him no end) and whistles Blitzen back down. Returning to the North Pole, they fly over flowering spring gardens where he sees pea-vine rows and green-bean fences. He sees pansies, peonies, daisies and snapdragons in bloom. Everything comes together in an epiphany: Gardening is the source of all that is good or “nice”, and of nothing that is bad or “naughty”.

Back home, to the joy of Mrs. Claus, the elves and the reindeer, Santa begins construction on his new workshop—a greenhouse.